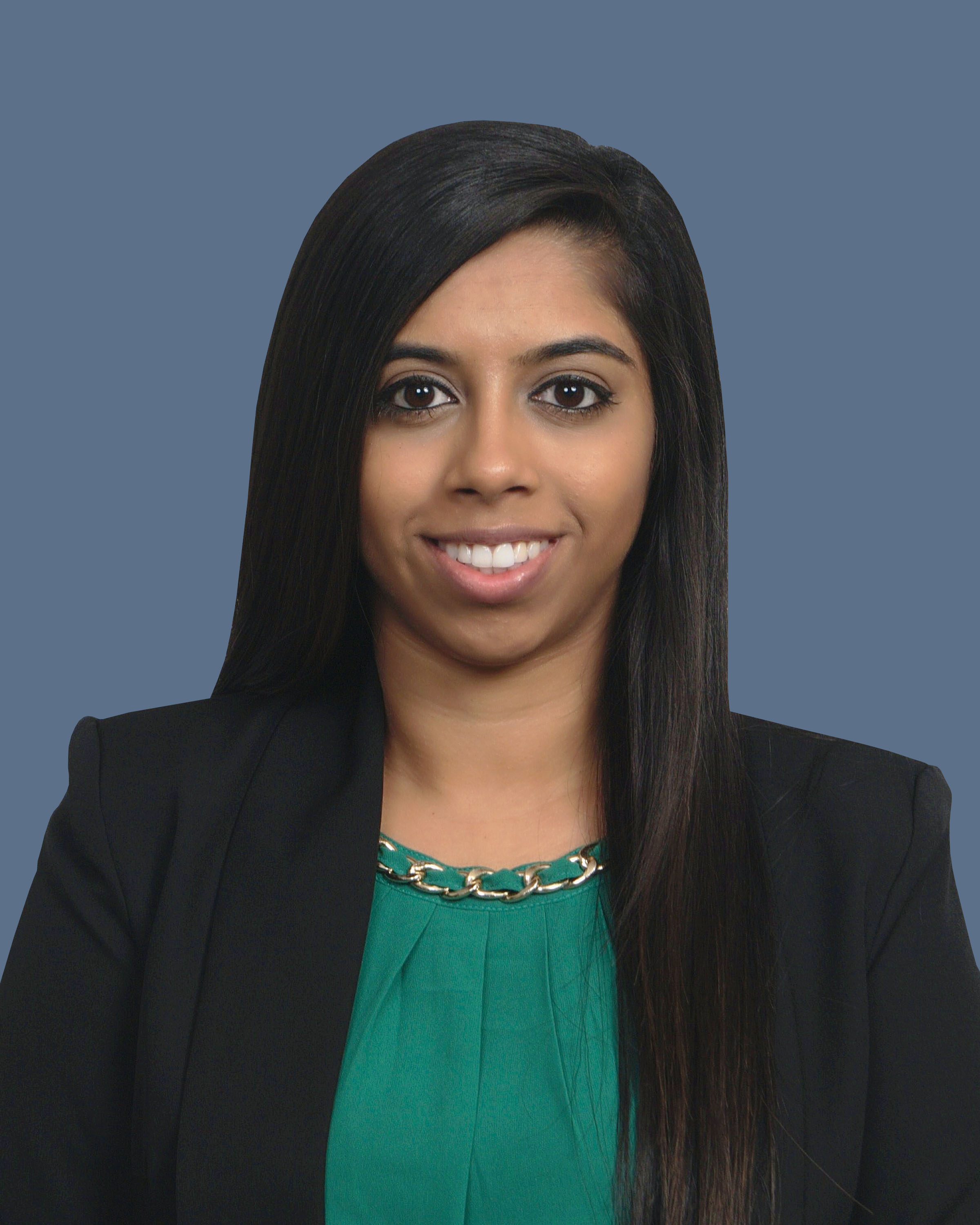 “When we strive to become better than we are, everything around us becomes better too.”
-Paulo Coelho

Farhana Panjwani was born in Toronto, Canada and raised in Tampa, Florida. Throughout her youth, she played in a flag football league that participated in tournaments nationwide within her religious community. Even though she is an only child, her competitive spirit never left her side.

She attended the University of Florida where she received her Bachelor of Arts in Criminology and a minor in Business Administration. While at the University of Florida, she served as Vice President of her sorority, Delta Phi Omega, and was also an active member of the mock trial team within the pre-law fraternity, Phi Alpha Delta. Upon graduating early in 2014, she enrolled in a joint dual degree program where she simultaneously received her Juris Doctorate from Florida Coastal School of Law and her Masters of Business Administration from Jacksonville University.

During her time in law school, Farhana held a seat on the Professionalism Committee as a Student Ambassador. She was also a member of Florida Coastal’s Moot Court Honor Board, one of the most successful law school advocacy programs that currently ranks #1 in Florida and #14 in the nation. She was also on the Dean’s List. Upon completion of her Masters, Farhana graduated with a 4.0 and was distinguished as a top business student by being offered an invitation to join the International Honor Society of Beta Gamma Sigma.

Farhana has previously interned in several legal areas, including criminal prosecution, personal injury, real estate, medical malpractice, and insurance law. Prior to entering the firm, Farhana was an Assistant State Attorney for the 13th Judicial Circuit where she conducted jury and non-jury trials that sharpened her litigation skills inside the courtroom.

Farhana currently resides in Tampa, Florida although she still is a true Canadian at heart. In her spare time, she enjoys all sorts of activities that bring out her adventurous side. She also loves to travel, dance, and watch the Toronto Raptors take home championships.